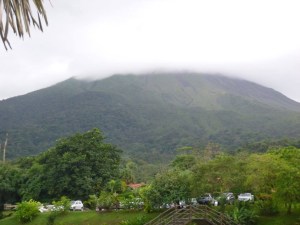 A few years ago, a friend and I took an absolutely amazing trip to Costa Rica. Ten days amid a variety of climates and landscapes: rainforest, volcano, and beach. We planned the trip to include everything from ziplining and hiking on the Arenal Volcano to relaxing on a sandy Tamarindo beach. I met friendly and incredible people, stayed in a beautiful B&B in Alajuela, lived among the trees at a remarkable treehouse in Santa Clara, enjoyed delicious, traditional Costa Rican fare everywhere, and was completely disillusioned by a beach resort. All in all, a memorable vacation.

As my interests lie heavily in the wildlife rescue and rehabilitation arena, I deliberately sought out opportunities to experience Costa Rica’s famed, eco-tourism, specifically animal conservation. My search brought me to two, distinctly different, animal sanctuaries. Both billed themselves as rescue organizations and claimed to release wildlife back to their natural habitats, but only one truly fit my strict criteria as a rescue organization.

After arriving in-country, we had a free day before we could check into our treehouse hotel in Santa Clara. The managers at the Treehouses Hotel of Costa Rica recommended the wonderful Casa Marin B&B in Alajuela and it was outstanding. My friend and I were the only guests. The owner picked us up at the airport, about ten minutes away from the B&B, and we instantly felt like we were visiting a favorite relative. We stayed in one of the cabinas around the pool and it was perfect. Quiet and tranquil, a pool, friendly hosts, and convenient to a lot of amenities. If you have a day, or more, to spend in Alajuela, I recommend the Casa Marin. The B&B was like a rescue unto itself – the owner had three dogs, four cats, and a horse! To this day, my friend and I are active Facebook friends with the owner of Casa Marin and I would definitely return there on my next trip to Costa Rica.

While deciding how to spend the free day, we had researched a few local attractions. We didn’t want to travel too far as we knew there would be more travel in the days ahead. While researching, we received online recommendations to visit Rescate Animal Zoo Ave (pronounced zu-avay) and decided to go because of what we read. Zoo Ave seemed to be an actual rescue and rehab center that released animals back into their natural habitats. While Zoo Ave does actually release animals to their natural habitats, it is laid out and presents very much like a zoo. There’s even a small zip line, for an additional fee, that is supposed to bring you closer to the animals. One major drawback to me is that the number of daily visitors is not limited, exposing the animals to additional human exploitation. The day we visited, there were a few busloads of students. Everyone was very nice and very respectful, helping to find animals hiding within habitats, but I think we just got lucky that it was not too crowded that day.

The animals appeared to be well-cared for, however, there were a number of non-native animals, such as an ostrich, that made Zoo Ave feel very much like visiting a zoo. To be honest, most of the habitats were generous in size and provided plenty of cover for animals to hide from prying tourist eyes. There were also plenty of informational signs outside each enclosure, telling us the name and general information about the animal and informing us how many of that particular animal had been released. Regardless, it still felt very much like a zoo.

The largest negative aspect about Zoo Ave was that it boasted about their captive breeding program. I wholeheartedly agree with most wildlife conservationists that captive breeding does not contribute to reducing the probability of breed extinction. Many captive-bred animals are sold to less reputable, roadside zoos, pay-to-play attractions, or canned hunting facilities. If you are looking for a zoo, this is a moderately-sized and reasonably-priced attraction – it only took us about an hour and a half to explore the entire grounds. I won’t visit there again when I return to Costa Rica.

I understand that many animals who have been raised with humans are not able to be released to their natural habitat as they were not able to learn natural behaviors from their mother. I believe that those animals should be transferred to reputable sanctuaries that do not allow daily visitors and allow the animals to live as naturally as possible, without a forced breeding program.

After we had travelled to Santa Clara and our Treehouses Hotel, passing some breathtaking scenery of Lake Arenal and howler monkeys in a tree along the way, we confirmed that we would volunteer one afternoon at Proyecto Asis. Proyecto Asis was absolutely the highlight of the trip. They strictly limit the number of daily visitors, most of whom are volunteers who contribute in a variety of ways. Proyecto Asis has two aims: to educate the public about the issues in owning wild animals and rehabilitating rescued or injured wild animals.

When we arrived, our group of seven was first given a tour of the sanctuary. Our guide, Carlos, was very informative and entertaining. He introduced us to all the animals at the rescue and explained which animals could be released. He also explained the reasons why some animals could not be released to their natural habitats. Carlos shared the methods they use to wean animals raised by humans off of human contact. I truly learned a lot from the tour, and we were just getting started!

Some of the animals currently residing at Proyecto Assis include parrots, macaws, owls, picarries, coati, agouti, a breed of porcupine I had never seen before, spider monkeys, and white-faced capuchin monkeys. They were all beautiful and provided with appropriate care. After the tour, we had a brief coffee break, sitting near a small pond where a mother caiman had relocated herself from the river alongside the rescue. She had given birth to seventeen baby caiman and they shared the pond with some tilapia and a rather large snapping turtle. The babies swam over to investigate us, with mama caiman not far behind. I would not have wanted to mess with that protective mama!

Our group then moved to the food preparation area where we prepared meals for all the animals. We chopped up fruits and veggies for all the animals and some chicken for the capuchins. Carlos then escorted us as we assisted in feeding the animals. Some of us actually went in to the enclosures to distribute the food. There was no direct contact with the monkeys though. While we were able to hand food to the spider and capuchin monkeys, we were instructed to stay arm’s length away or risk having hair or clothing grabbed. Carlos even shared how the monkeys will sometimes deliberately drop food in an attempt to get you closer so they can grab on to you. Tricky monkeys!

There really is nothing more enjoyable to an animal lover, especially for someone who really loves non-human primates, than handing a piece of fruit to a spider monkey and having him gently take it out of your hand. The sneaky capuchins were adorable, snatching bits of chicken and hoarding the bits to ensure they each received their fair share.

The afternoon flew by and our whole group wished it could have lasted longer or that we could have done more to help the animals. I purchased a cute t-shirt which read “High 4 Like A Spider Monkey”, knowing that my donations would be used for the greater animal good.

Proyecto Asis did not feel like a zoo. They do not breed animals. Both the capuchins and spider monkeys will remain at the sanctuary for the remainder of their lives as they were likely stolen from the wild as babies while their mothers were brutally slaughtered. They were not able to learn normal monkey behaviors. Additionally, having been raised with humans, they will always equate humans with food and will seek humans out, possibly endangering themselves further.

If you are in the Arenal Volcano area, I highly recommend signing up to volunteer at Proyecto Asis. There are a limited number of volunteer opportunities available, so plan ahead! While I thoroughly enjoyed everything we did in Costa Rica, from ziplining, to hiking, to climbing hanging bridges, to soaking in volcano-warmed hot springs, the experience at Proyecto Asis was the highlight of the trip. Next time I am in Costa Rica, I will seek out more animal rescues and try to volunteer for a longer timeframe. Until then, I will donate to reputable rescues and spread the word with this blog.

For more information on either  or Proyecto Asis, or to donate, please visit their websites.

One thought on “Costa Rica – A Tale of Two Sanctuaries”