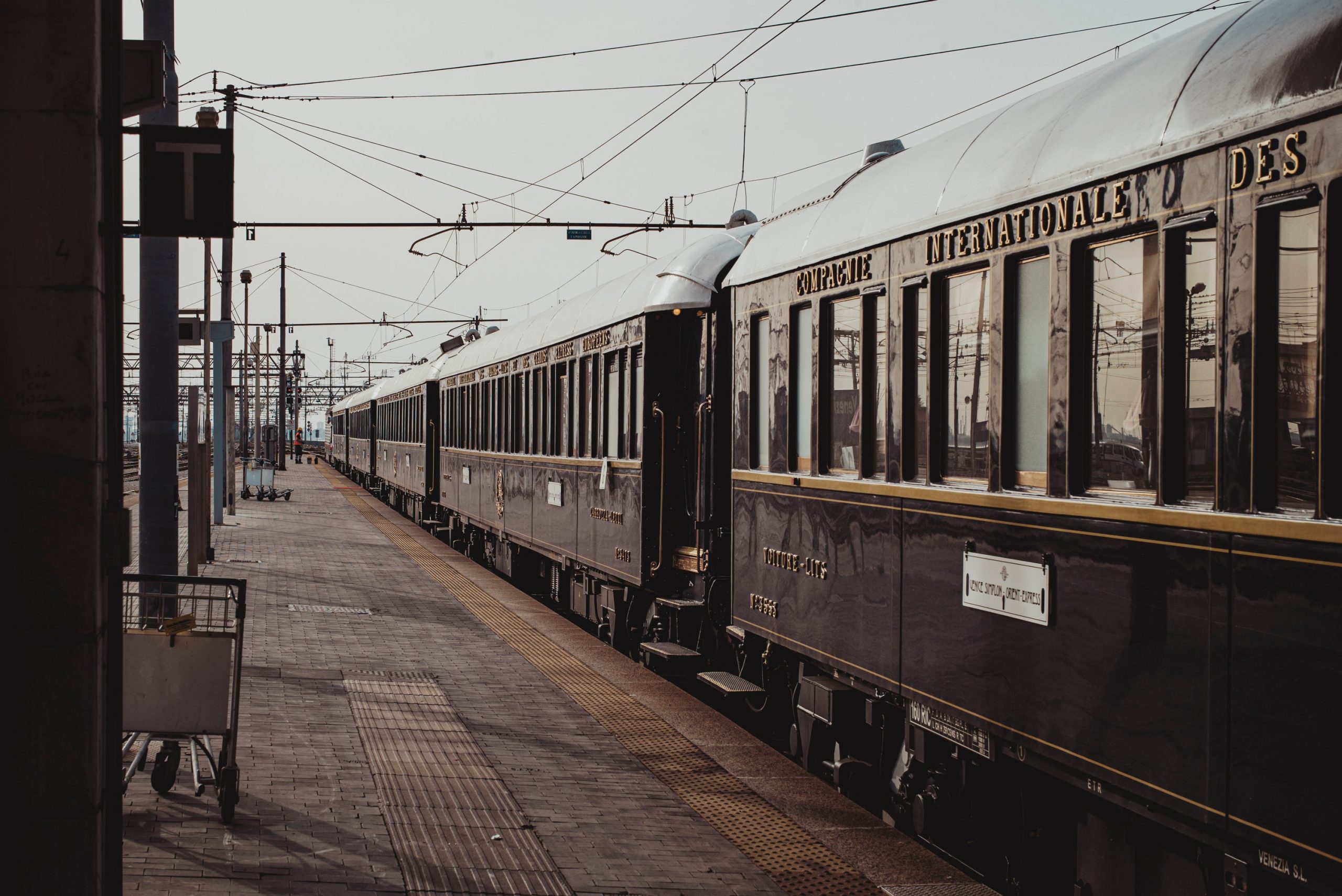 The latest submission for my writing workshop. If you would like to join, visit Empower Writers and ask to join the group. If you’d just like to comment, I welcome those as well.

The young man at the train station was very odd. He paced outside on the platform even though the next train was not due for twenty minutes and it was only 22℉. His gait was a little off too–almost like he was limping, but not quite. I was fascinated and my overactive imagination kept coming up with outlandish reasons for him to be pacing outside at the train station in such cold weather.

After five more minutes, the young man was joined by a middle-aged woman. She was stunning and I couldn’t take my eyes off of her. The young man stopped in front of her and they engaged in an animated conversation. He was gesticulating erratically and pointing down the track toward Cold Springs, the next town over.

I surreptitiously stood up and walked closer to the open window, hoping to overhear their conversation. Fortunately, the window was open so I didn’t have to strain too much, however, they were speaking in a language I had never heard before. I have traveled to every continent and over 50 countries on this planet, so trust me when I say that I believe they were speaking an alien language.

I now began to notice details on each of them that I hadn’t noticed before. To start, the young man’s eyes were spaced a little too far apart and they were next to the bridge of his nose, not above it. Now that I was really looking at him, I observed that his nose was wide and very flat. These details made his face seem almost frog-like.

I turned my attention to the woman. Her eyes were a little lower than normal, but not quite as low as the young man’s eyes. There seemed to be an aura surrounding her that made it difficult to study the details of her face. They were still engaged in conversation in whatever language they were speaking, so I continued my examination. I wanted to be sure I had the details right because I would definitely be posting about this later.

I noticed two bumps above her shoulders. They were almost hidden by her cascading hair, but as she grew more frustrated with the young man, she tossed her head around and the bumps were clearly visible. I tried to speculate on what the bumps represented, and then, when she lifted her arm to point at the young man, her shirt fabric tightened and two more bumps a little lower on her back.

My sharp intake of breath must have alerted them to my presence, they turned toward the window I was using for reconnaissance. I quickly jumped to the side, but I could tell by the sudden silence that they had seen me. I held my breath and looked around the train station, realizing for the first time that it was completely deserted. Where was the station master?

The door to the platform creaked open and I started praying for the first time in fifteen years. My eyes were shut tightly and I had my arms wrapped around my body. A moment later, I felt a hand on my arm and screwed up all my courage to slowly open my eyes. The woman was standing in front of me and glaring with barely-controlled anger. “What did you hear?” she demanded.

Even though she was still speaking the alien language, I could somehow understand her. I tried to speak, but feeling her cold, clammy hand on my arm had me frozen in fear. I finally roused myself and whispered, “Nothing.” To my surprise, my words were also in the alien language and I nearly passed out from the rush of emotions that ran through me.

She narrowed her eyes further and I gaped when I noticed that her pupils were triangular and not round like human pupils. “I don’t believe you.” She withdrew her hand from my arm and took a step back. “It’s time to come home, Xcartierz,” she murmured. “You have been living with the humans for far too long. Your Rumspringa was over two years ago. You have a family that loves and misses you.” She looked at the young man on the platform. “Plus, Zbigxqr wants to go home. He is tired of watching over you and he is especially disgusted by the humans and their filthy habits.”

I stared at her for an eternity. Suddenly, a flood of memories flashed by my eyes, reminding me of my true identity and my homeland. I cautiously felt behind me and ran my hands over the bumps on my back. I broke down in tears and sunk to the floor. “Why did I not remember who I am or where I am from?” I asked bitterly.

“You assimilated too well, my dear. It will take a little while to revert to your natural self. Now let’s go home.”

I rose cautiously and followed Helxza out to the platform. I raised my eyes in remorse at Zbigxqr. “I’m sorry for keeping you away from home for so long, my friend. You must miss your family.”

He smiled at me and I shuddered with my remaining vestiges of humanity, repulsed by the four sharp teeth in Zbigqr’s mouth. When he placed his hand on my arm, however, I was filled with peace and tranquility. “It is okay, Xcartierz. We will have many stories to share when we get back home to Tipsqxr.We will be quite famous for a little while.”

I smiled back at him, feeling the camouflaging blur shed from my body. I looked at my reflection in the window and almost didn’t recognize myself from five minutes ago. I was six and a half feet tall–short for the women of my planet. My hair was a lush green, the color of grass after a refreshing rain, and cascaded down my back. My skin had a reddish hue and when I smiled at myself, I saw the dazzling diamond-like teeth that all women on my planet possess. I turned back to Helxza, “I’m ready,” I announced.

Helxza raised her arm and a small aircraft came swooping out of the sky. It wasn’t a typical Earth aircraft though and I strained to remember what planes looked like on Tipsqxr. As the craft drew closer, landing gear extended that perfectly fit the railroad tracks as it glided toward us and stopped quietly in front of us.

We quickly boarded and I was gathered into an embrace by my brother Xcarlierz. I now remembered that he had left at the end of our designated Rumspringa time. I had no regrets though. I had lived a lifetime of memories during my time on Earth.