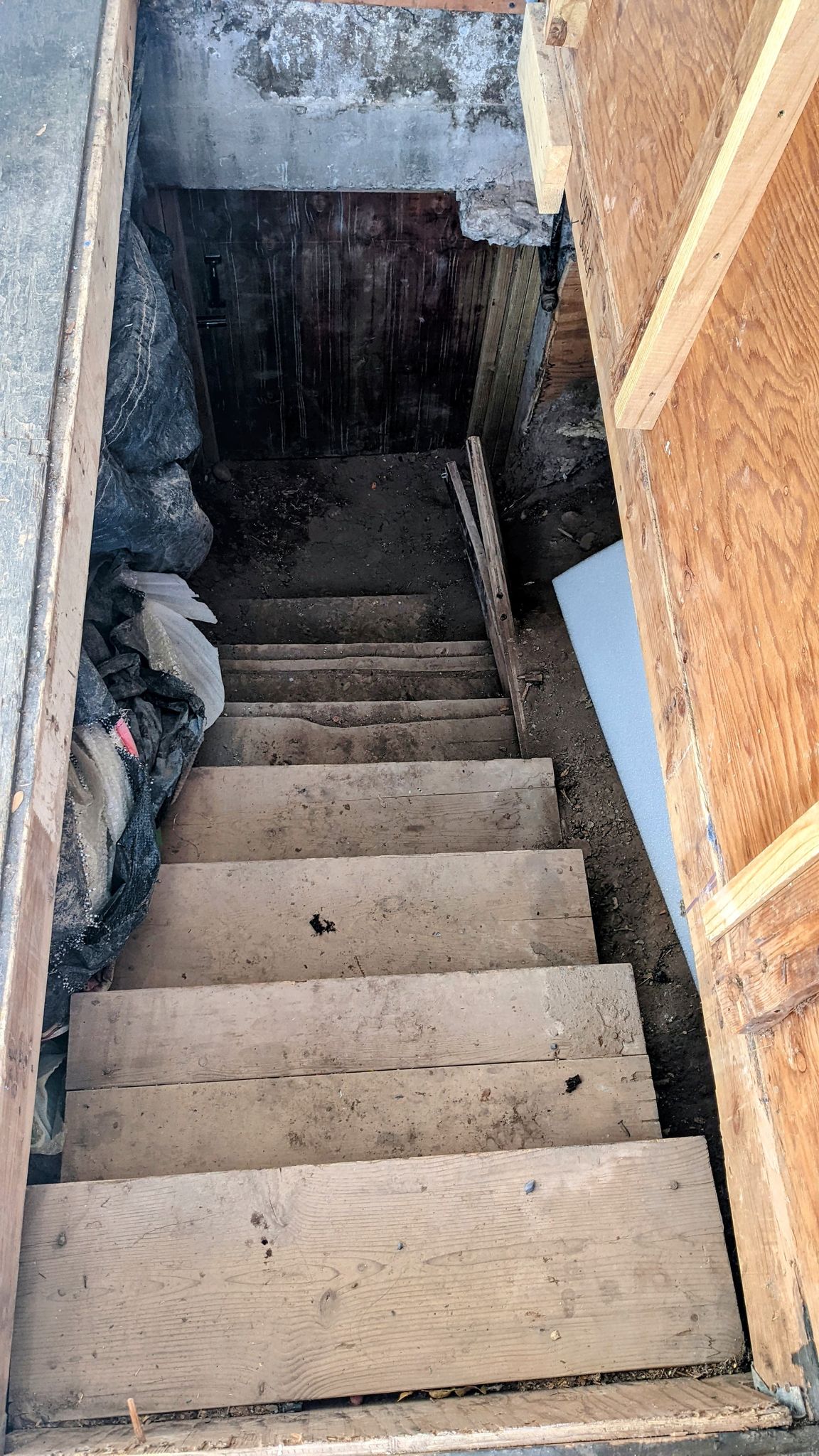 As I mentioned in my last post, I started a new, online writing workshop called Empower Writers that is housed on Facebook. It’s a private group with a free lifetime membership for the first 50 members. I post weekly writing prompts to help writers practice their craft and members provide peer reviews that consist of positive feedback and gentle critiques. I encourage anyone with an interest in writing to join the community.

As post submissions are limited to approximately 500 words, I allow members to post links to their writing prompt submissions if they run longer. I don’t generally write a full story, but there are times I’d like to write more than 500 words so I thought I would start publishing my submissions here. I welcome your comments and maybe someday, these short writing posts might turn into an actual book idea.

Please enjoy The Trapdoor, and I look forward to reading your comments on this, and future stories. I also look forward to welcoming you as new members to Empower Writers. Click here to join.

Kaley opened the window and gazed down the long, gravel driveway. She was exhausted! She must have woken up at least ten times last night. Kaley hated the nighttime when Richard was away on business. On those nights, she always seemed to hear strange noises in the house that woke her from a sound sleep. She shuddered with the memory and then took a long, slow drink of coffee.

Today was the day. She was going to take advantage of Richard being away and start cleaning the basement. She had plans of eventually converting the basement into a man-cave on one side for Richard and a writing room on the other side for her. She often got too distracted to write when she sat at the island in the kitchen and this was a project she had been putting off for some time.

She descended the stairs and looked around. She contemplated the boxes and bins that had been stacked here since they moved in two years ago. The dumpster had been delivered yesterday and she was planning on just throwing all this stuff out. If they hadn’t used it in two years, there couldn’t be anything that important in there.

Kaley spent the next hour making numerous trips out to the dumpster. She had given each box and bin a cursory search just to be sure she wasn’t throwing out any of Richard’s cherished childhood memories. As expected, she wasn’t. She reached the last two large boxes and cursed because she knew she couldn’t carry them out on her own. She gritted her teeth and pushed them with all her strength to the side so that she could start cleaning.

She stopped for a moment and peered at the wall. She thought she was hallucinating, but there appeared to be a trapdoor on the floor that had been hidden by the large boxes. Kaley pulled her phone out, turned on the flashlight app, and crouched on the floor to get a better look. Yup, it was definitely a trapdoor.

Kaley began to tremble. The memories of all the horror movies she had ever seen came flooding back to her, overwhelming her with their portents of doom. She shook her head and told herself not to be silly. She decided that she would open the trapdoor. Of course, she wouldn’t be stupid about it. She went to the tool bench that was fastened to the far wall and rooted around until she found a heavy wrench. She also grabbed a large flashlight that was usually stored upstairs.

Kaley made her way back to the previously-hidden door and hefted the wrench. She definitely felt much safer with a wrench in her hands. She crouched down and took hold of the ring that functioned as a handle. She was prepared for the door to stick, so she was surprised when it swung up at her easily and almost soundlessly, causing her to tumble backward.

As she regained her footing and dusted herself off, she aimed the bright flashlight beam down into the hole. She was stunned. She couldn’t see very far, but there appeared to be a tunnel leading away from the house.

Kaley sat back on her haunches and contemplated climbing down into the tunnel. Memories of the eerie sounds she had heard at night-and of all those horror movies-made her pause. She pulled out her cell phone and called her best friend, Mary Jane, whom everyone called MJ. MJ had grown up next door to Kaley and they had gone on a thousand adventures over the years. Plus, MJ was a combat veteran and nobody would think twice about messing with her, even in a creepy tunnel.

It must have been Kaley’s lucky day because MJ was not only home from work that day, but she was also excited to go on an adventure with Kaley. MJ didn’t like Richard so they didn’t hang out much when he was around. Secretly, Kaley thought MJ was a little jealous of her for finding such a great guy like Richard to marry. MJ had not been very lucky in the romance department.

MJ arrived about thirty minutes later and came storming down into the cellar where Kaley had sat watching the trapdoor. She had closed it and moved one of the large boxes on top of it for safety until MJ could join her. MJ strode over to the opening and peered at the closed door. “Is this our adventure for the day?” she asked, her voice resounding across the basement.

“Ok, let’s get going then!” MJ announced enthusiastically. She opened a messenger bag and pulled out two headlamps. “I thought these might come in handy,” she said, handing one to Kaley.

Kaley tried to smile bravely, but her nerves were stretched taut. As she pulled on her headlamp, she gasped to see that MJ was now strapping a holstered gun to her belt. “I don’t think that’s necessary,” Kaley squeaked out.

MJ shook her head. “It’s better to be prepared and safe than sorry.”

Kaley sighed and moved toward the box. MJ leaned in and helped her push it back to the side of the room, then leaned over and hauled the door open. She seemed surprised as well that it opened so easily. “That’s not a good sign,” was all she said as she began the descent down the stairs.

Kaley took a deep breath and followed MJ slowly. When she reached the bottom of the stairs, she turned around next to MJ and was shocked to see that there was indeed a tunnel, or more precisely, three tunnels, each leading in different directions.

“Which one do we explore first?” Kaley asked timidly.

MJ shrugged her shoulders and pointed toward the tunnel on the right. “Let’s start there.” Kaley nodded and they moved toward the mouth of the tunnel. Kaley grudgingly trailed after MJ who seemed to be acting as if this was a party. Kaley thought she heard MJ humming the theme to Jaws, but she must be mistaken.

Suddenly, MJ stopped short and asked incredulously, “How did that get down here?”

After nearly colliding with MJ, Kaley peered around her. She was shocked to see that this tunnel ended in a small room that had been carved out of the rock. There was a massive fish tank against one wall along with a leather sofa, a small bar, a flatscreen television that must have been at least 60 inches, and a bright green shag rug. Kaley and MJ stared dumbfounded for what must have been five minutes before MJ walked over to the sofa and picked up a newspaper that was lying on top of it. Her eyes nearly popped out of their sockets and she turned slowly to face Kaley.

“I think we need to go and get reinforcements,” she whispered. “Let’s go.” Without waiting for Kaley’s agreement, MJ drew her pistol and moved stealthily back down the tunnel. They covered the distance quickly and clamered up the stairs, back into Kaley’s cellar.

“What was it?” What scared you, MJ?” Kaley asked breathlessly.

MJ took a few deep breaths, holding up a finger as she frantically looked around. She grabbed a metal crowbar that was on Richard’s tool bench and threw the newspaper to Kaley.

Kaley looked at it curiously. “What? I still don’t get why you’re so freaked out.”

MJ stared at her for a few seconds as she slid the crowbar between the circular handle, crossing it over the floor. “Look at the date, Kaley.” MJ pushed the heavy boxes on top of the trapdoor and murmured, “That should keep it closed for now.”

Kaley was looking at the newspaper incomprehensively. “That’s yesterday’s date. I don’t even get this newspaper…” she trailed off as a fresh wave of terror washed over her. “That means –“

“That means that someone has been down there since yesterday, Kaley.” She looked around quickly. “I’m not sure how they get in and out of your house without you noticing, but it’s not safe. He’ll know we found the tunnel, or should I say tunnels. Damn it, Kaley! Let’s go! Grab an overnight bag and spend a few days at my place.”

They climbed the stairs to the kitchen and MJ glanced back down as she shut the door. She moved a chair over and wedged it beneath the doorknob in place of a lock. “I don’t know if we locked someone down there or out of there, but whoever has been going there will not be happy to have their access denied.” She pushed Kaley. “Go get that bag.”

Kaley went upstairs to her room and started throwing random clothes in her overnight bag. She heard MJ yell upstairs, “I’m going to call the Sheriff. We can get a group together tomorrow and explore the whole network of tunnels down there.”

“Ok,” Kaley yelled back down as she contemplated whether she should bring the blue or black sweatshirt then decided to bring both. She heard the creak of a floorboard in the hallway and thought MJ had come to rush her.

She zipped her bag and turned around, words dying on her lips as the tall, muscular man with a jagged scar running down the left side of his face sneered at her and then whispered, “Hello, Kaley. It’s so nice to finally meet you. You’re usually asleep when I’m in your room.”

He may have said more, but Kaley’s body could not stand any more of the tension and she promptly passed out.